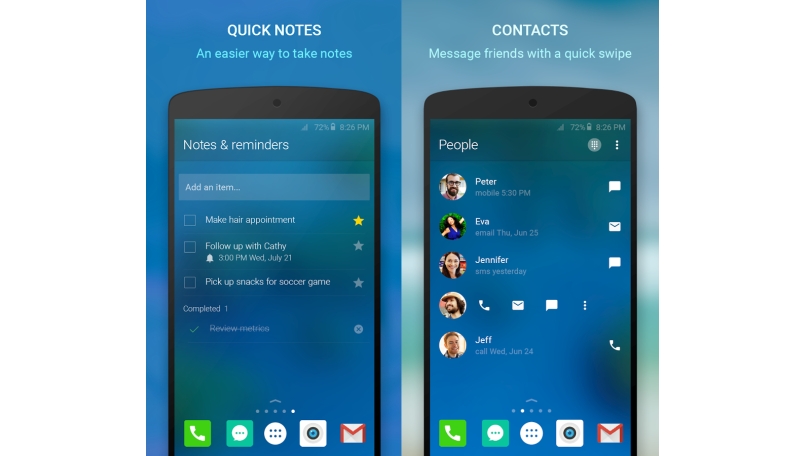 Microsoft’s Android Launcher ‘Arrow’ is now available via Google Play store. The launcher is aimed at making the apps more streamlined and easier for users to quickly access the apps they regularly use.

Key features of the launcher include automatic arrangement of the apps based on usage, easy access to preferred  contacts and easy shuffling between apps such as photos, app instals and file download. The Arrow launcher also lets you re-arrange pages, show/hide a specific page, and set a particular page as your home page. One of the most interesting aspects of the Arrow launcher is that it is said to be lightweight and optimized for battery life.

The current version of the Arrow, v1.0.0.17608, is 4.3MB in size and is compatible with the smartphones running Android v4.0.3 and up. You can download the launcher from Play Store for free.

Microsoft’s Arrow launcher for Android smartphone clearly indicates the company’s efforts to build cross-platform services, allowing non-Windows users to use Microsoft products on the platform they are used to. Earlier, Microsoft has already released its several Office applications for Android and iOS. It also took on Siri and Google Now with its own cross platform Cortana virtual assistant.

Arrow isn’t first smart launcher for Android developed by a rival company. Yahoo had made a very similar effort with its Aviate launcher, which also focuses on organizing apps and information for quicker access. Aviate’s recent update had come under criticism after it was accused of being very similar to Google’s Google Now service. Cortana for Windows 10 launching in 7 new countries including India, gets a crash course in Indian humor