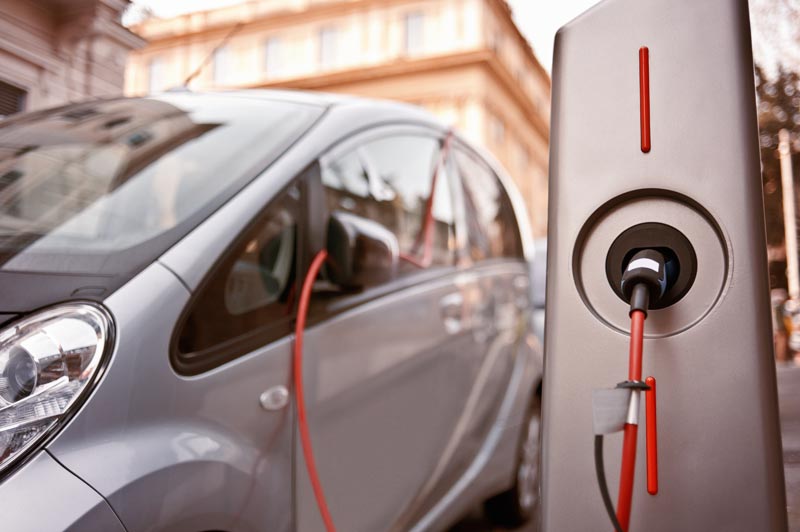 Eco-friendly electric vehicles are a new concept but have the potential to occupy about 2 to 5 per cent of the Indian market in the next few years, a top official at auto major Mahindra has said, underlining the need for significant incentives to make them commercially viable.

“We remain very optimistic that electric vehicles will become a significant portion, about two-five per cent of the Indian automotive industry, in the next four-five years,” Pawan Goenka, Executive Director and President (Automotive & Farm Equipment sectors) at Mahindra told PTI here.

He said while electric vehicles may not become mainstream soon, but for them to become commercially viable for consumers there has to be a significant government incentives across the world.

Goenka said that till now there was not much inventive in India for electric vehicles but the new government has earmarked in its annual budget Rs 75 crore for faster adoption and manufacturing of electric vehicles in 2015-16.

“I am hoping that starting in fiscal year 2016, we will start to see an uptake in the electric vehicles volumes,” he said.

Mahindra is among the 10 teams competing in the Formula E, the world’s first fully-electric racing series.

Goenka was in the city for the US debut of the Formula E Championship that was attended by other senior company executives.

He said Mahindra has very high aspirations for electric vehicles, including bikes and two-wheelers and participating in the race is giving it tremendous exposure in terms of technology and brand development.

In the segment, Mahindra has invested heavily in its Reva Electric Vehicles as well as in California and Ann Harbour in the US to design and manufacture the product.

To ensure a shift in consumer preference towards electric vehicles, Goenka stressed that there is need to develop infrastructure in India for such vehicles including charging stations.

On the Formula E series, Goenka said the racing event will help generate awareness about electric vehicles among general consumers and the response to the series has been increasing with each passing race.

“The most important deliverable of the race is to make people excited about electric vehicles and to show them that they are not dull vehicles,” he said adding that participating in the race aligns well for Mahindra’s strategy to become one of the major players in electric vehicles as they become mainstream.

The Formula E series is “a very good alignment for us in terms of giving our message of energy and conservation, environment, clean energy and at the same time also give our brand exposure because of the multiple cities (across the world) the race will be run at,” Goenka said.

Beginning next year, Mahindra, like other teams, will partly construct its own vehicle and a year after will begin building the full vehicle on its own in a phase-wise growth.

Goenka said it is hard to say if Formula E will garner the same popularity as Formula 1 and 3 series but as more teams get inducted over the years, it will gain more viewership.

The Miami ePrix, held in downtown Miami, was attended by thousands of people.

On Formula E’s possible debut in India, he said as of now India is not in the circuit but the organisers are interested in doing a race in the country.

He, however, said that for the race to come to India someone has to take ownership and talks are on with corporations and cities to see the level of interest.

“I am sure if we are able to organise the Formula E race in India, there will be tremendous interest but somebody has to come forward to organise it. It takes a lot of effort and since it is a street race, the city has to allow as a lot of area has to be cordoned off for a couple of days,” he said.

Mahindra has had to grapple with a decline in sales with the company registering a 10 per cent decline in total sales in February.

Goenka attributed? the drop in tractor sales last year to a downturn in the industry.

In the automotive segment, he said the Indian market has struggled quite a bit in the last two years and a turnaround has begun to happen only now.

He said Mahindra had a very good run in 2012-13 when it significantly outperformed the industry but in fiscal year 2014-15 it underperformed primarily because of a shift in consumer demand that has gone from full size SUVs to compact SUVs.

“Our products in the compacts SUV segment will begin to be launched in this calendar year and so while in the last two years we have had some loss in market share and volume, we hope that starting this year we will catch up,” he said.