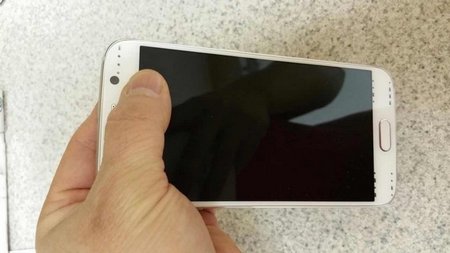 While there isn’t much time left before Samsung officially takes the wraps off its forthcoming flagship smartphone — the Galaxy S6 — an increasing amount of information about the handset is coming in from left and right. The latest being what appears to be the photographed images of the smartphone. As per the images, the Galaxy S6 is slimmer, and its design language resemble the new iPhones as well as Lumia 930, Lumia Icon, and Lumia 925 smartphones.

First posted at XDA, the user who uploaded the images says that he got hold of an “engineering sample” of the Galaxy S6, which explains the “not for sale” imprints on the back of the smartphone. The images also show off the metal edges at all four sides, one set of speaker grill at the right in the bottom of the smartphone along with a 3.5mm headphone jack placed at opposite sides of a microUSB port.

Among other things, the images also show off what could possibly be an IR blaster at the top of the smartphone. At the sides, there is a power button, a SIM card slot, and volume toggles. The back of the body sports a camera, LED flash, a heart-rate monitor while the front carries a range of sensors. The smartphone looks significantly thinner than the current flagship — the Galaxy S5 — and more elegant with iPhone 6-esque design. 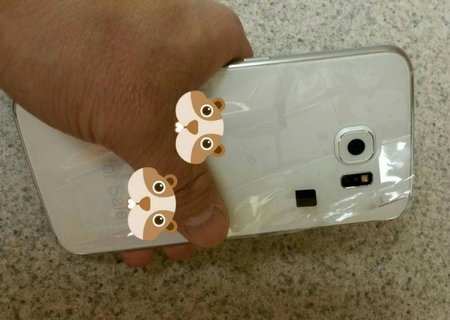 Interestingly, the device doesn’t have a curved display, which indicates that the company has another variant of the Galaxy S6 smartphone in store for us, which is in line with previous reports. From what we have heard so far, the Galaxy S6 packs in a 5.1-inch QHD display, an Exynos 7 Octa processor and 4GB of RAM and 32GB internal storage. Other features of the handset include a 20-megapixel rear camera, 5-megapixel selfie snapper, Android Lollipop software out of the box.

Samsung has a press conference scheduled for March 1 at the Mobile World Congress event. The company is expected to launch the new flagship smartphone at the event. 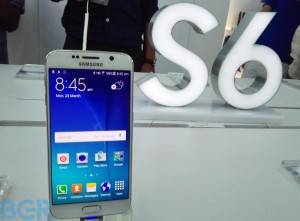 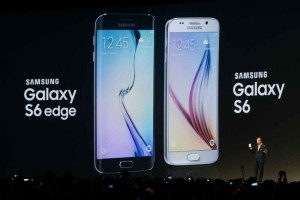