Hyundai is prepping to launch a crossover based version of its highly-acclaimed hatchback Elite i20. In the last few days, the new Hyundai crossover has been spotted testing on public roads in the country, suggesting the launch date is near. Seeing the anticipation build around the new car, Hyundai has now revealed an official sketch of the Elite i20 crossover. The company has christened the new car as i20 Active.
Designed at Hyundai’s Design Centre located in Russelsheim, Germany, the i20 Active is said to be a ‘SUV looking car’ that will sport the company’s ‘Fluidic Sculpture 2.0’ design language. Visual modifications over the Elite i20 hatchback will includeLED daytime running lamps, faux skid plates on front and rear, new-design grille, resculpted front and rear bumpers with new design fog-lamps and reflectors. That said, the production version is not going to be as aggressive or intimidating as depicted on the sketch shown here.
Although not revealed, the interiors and equipment on the i20 Active are expected to be borrowed directly from the Elite i20 hatchback. Same goes for the powertrain as well. However, given the extra bulk due to additional components on the new crossover, it remains to be seen if Hyundai tweaks the internals of the i20 Active or not. The ground clearance may get increased while a minor change in the power output of its engines is also possible. For now though, Hyundai is keeping all the details about the new car close to its chest. The company has not yet disclosed pricing, launch date or specifications of the new model.
As per sources close to the company, the Hyundai i20 Active will be launched in India around 16th March, 2015. The i20 Active will mark Hyundai’s entry in to the pseudo-SUV segment that currently has cars like the Fiat Avventura, Toyota Etios Cross and Volkswagen Cross Polo. Hyundai is expected to price the i20 Active competitively, which would translate in to a premium of around Rs 50,000- Rs 60,000 over the Elite i20 hatchback. 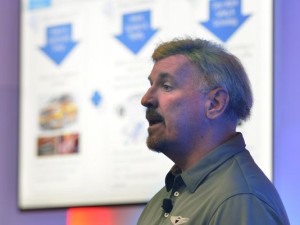