Sony’s e-paper watch is called FES Watch, and it’s up on a crowdfunding site

Remember the e-paper watch we reported that Sony has been working on? The company has revealed that it is called the “FES Watch,” and has been put up on Japanese crowdfunding site Makuake. Since going up, the device has managed to raise a little above $20,000 (way above its $17,000 goal) from 150 supporters.

The Wall Street Journal reports that Sony has a project called Fashion Entertainments that develops electronic paper fashion devices. They put it up on the crowdfunding site under the project name, to test the waters and see the demand of the product. A source told the paper, “We hid Sony’s name because we wanted to test the real value of the product, whether there will be demand for our concept.”

According to the project page, the FES Watch is based on electronic paper and changes its appearance depending on the user’s gesture. The watch comes with 24 design patterns which can be selected manually. Crowd funding supporters are able to preorder the watch, and they will receive the device in May next year. Sony has however not announced when it plans on launching the smartwatch.

Sony has dabbled in e-ink before when it announced the Digital Paper that came with 3.3-inch E Ink display, which it claimed would “trigger paperless offices.” It comes with stylus support, 4GB internal storage, microSD card slot, Wi-Fi connectivity, and the most ridiculous of all was the price tag — $1,100 (approximately Rs 66,000).

We saw how Digital Paper made headlines for all the wrong reasons. But seeing the positive response on the crowdfunding site, it remains to be seen whether Sony makes this device commercial or not. 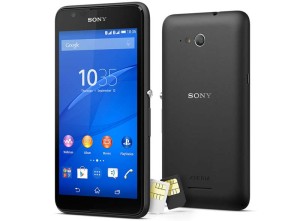 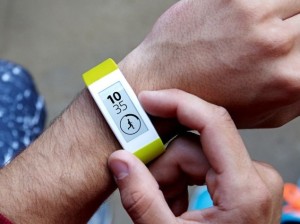